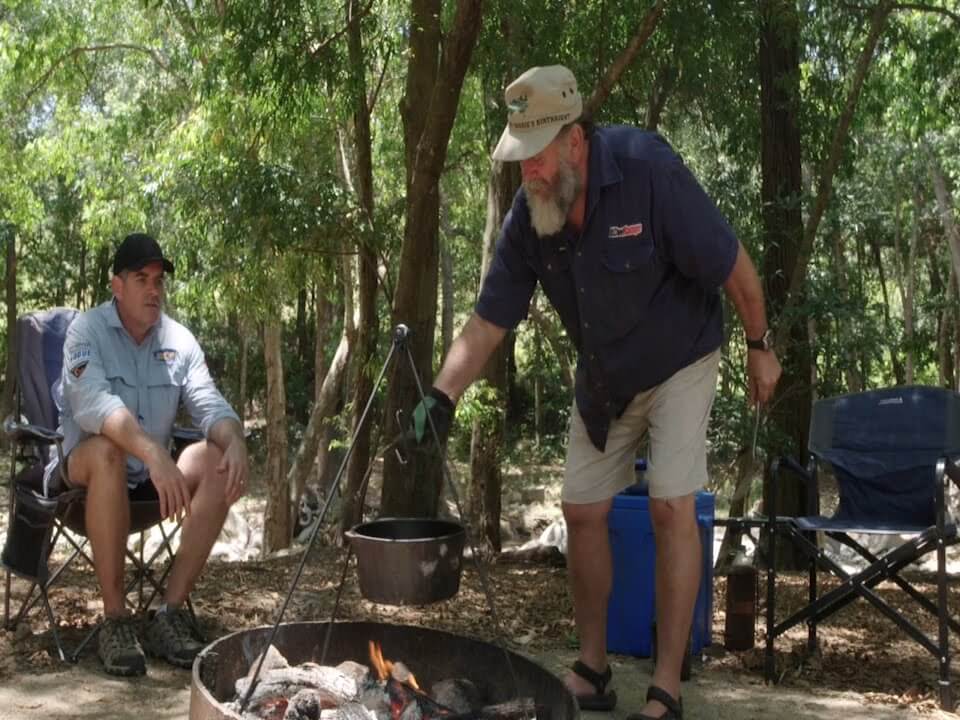 The campfires cranking, and Roothys putting the camp oven tripod over the campfire ready to cook up a feed for him and his mate.

Having an open fire just makes bush cooking so much easier.

G’day Roothy, what are you cooking up today? Well, that’s my whack-together Camp oven curried sausages recipe. Don’t worry how it looks, food always tastes better in a camp oven.

This recipe for curried sausages is one of my favourites, especially when you are away camping in winter like we are here today.

And i see you’re using a camp oven tripod, why’s that?

Great question, it allows me to hang the camp oven over the fire to allow for a gentle heat to heat up the bottom of the camp oven.

What ingredients are you using roothy?

Ahh well, I’ve got sausages, potatoes onions in there as a base and then I’ve added flavouring ingredients like garlic, ginger, curry powder.

And you cant have a stew without fruit, so I’ve added some cranberries and some sultanas added in there too.

Wow, that sounds delicious, what liquid do you put in your curried sausages? I’ve just added some water in there, and near the end, I’ll add in some green beans.

Once it’s cooked, Roothy and his mate sat around the campfire having a yarn and enjoying roothys camp oven curried sausages stew.

Roothy cackled and said, See i told you, my food tastes better cooked in a camp oven!

Add versatility to your campfire cooking set up with the Tripod from Campfire.
39.90
Buy Now

Having an open fire just makes bush cooking so much easier. This recipe for curried sausages is one of my favorites, especially when you are away camping in winter. 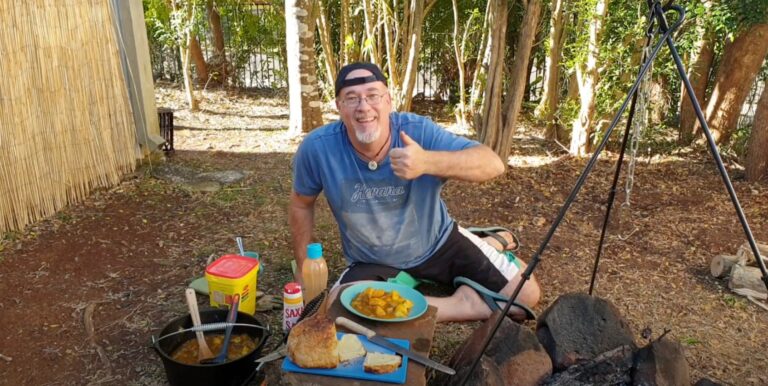 G’day, guys, Trev here. Today I’ll be using a brand new 9QT camp oven that i bought, along with a tripod from my…